Portfolio > Observations from an Outpost 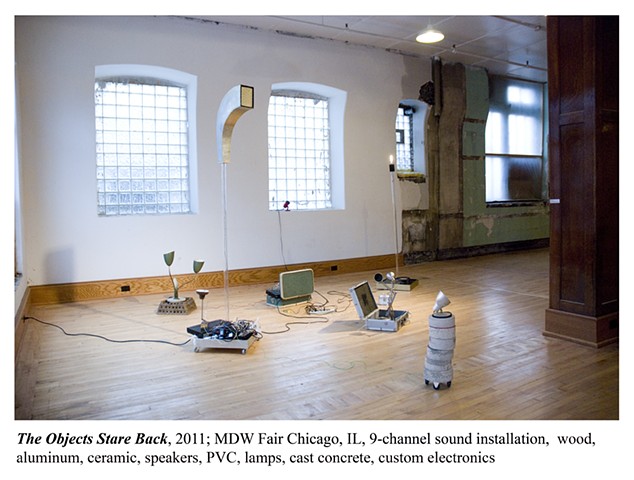 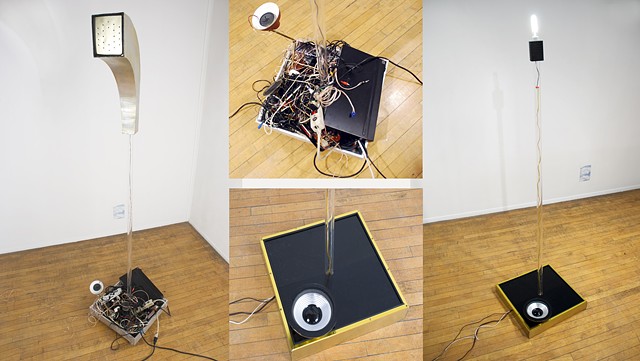 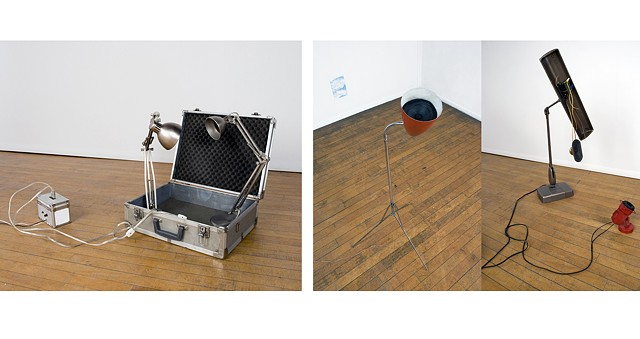 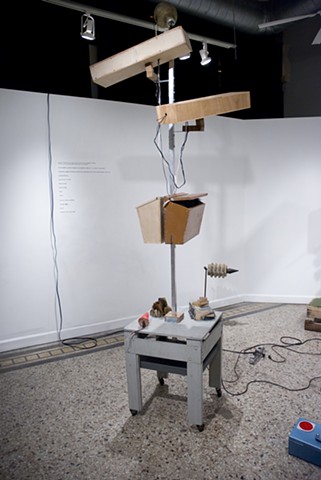 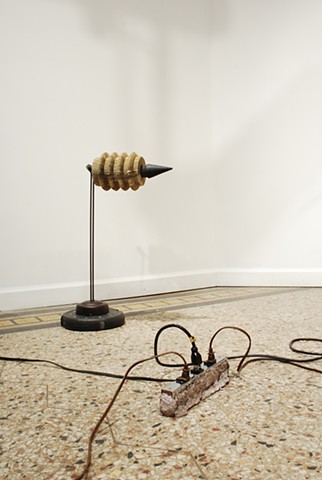 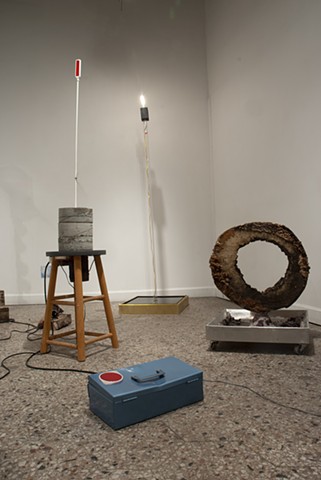 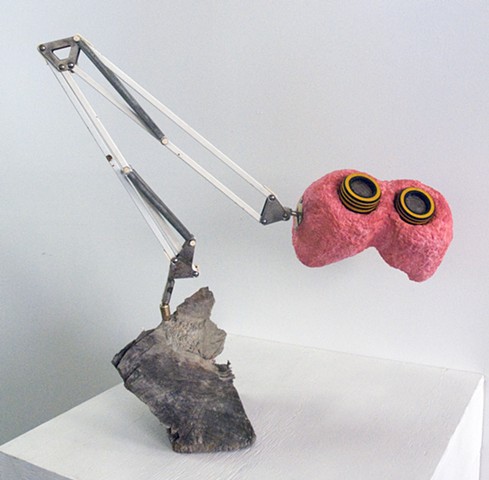 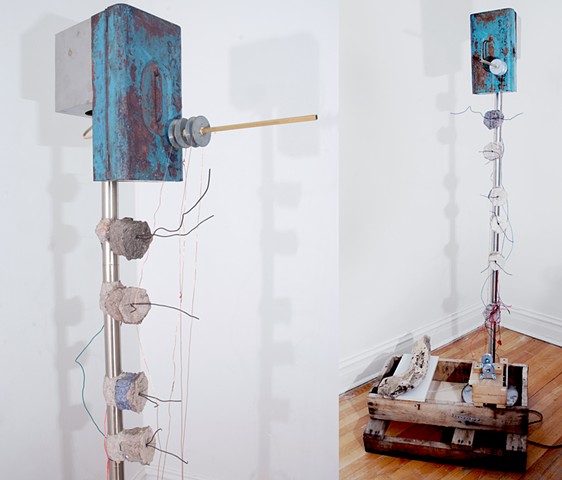 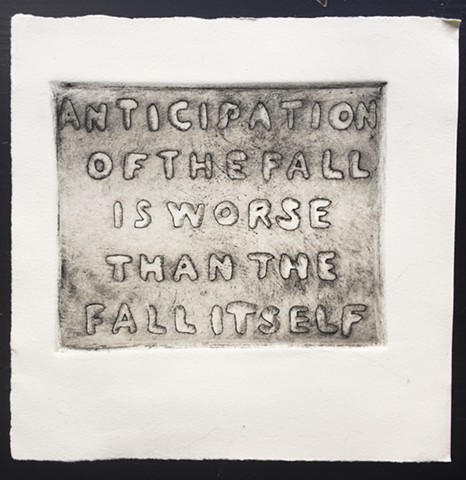 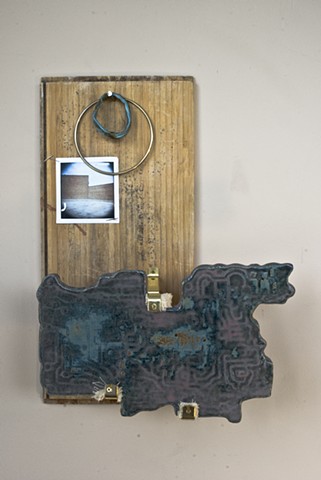 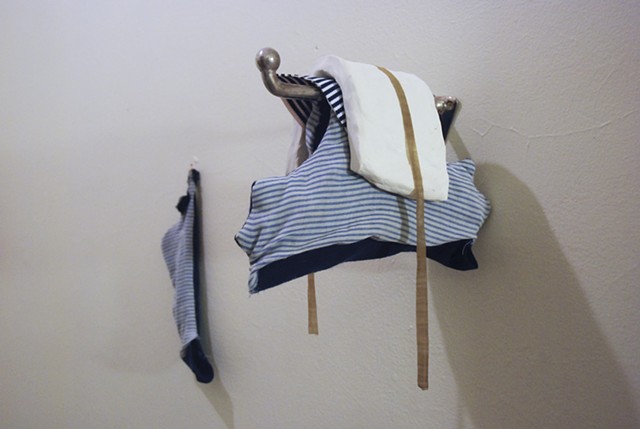 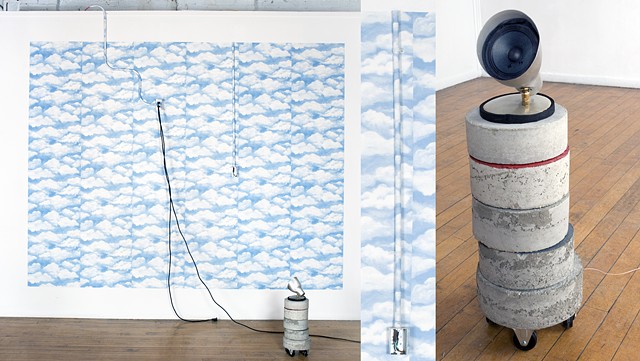 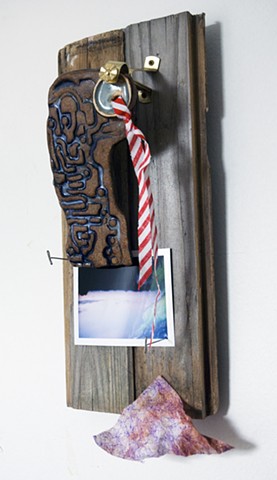 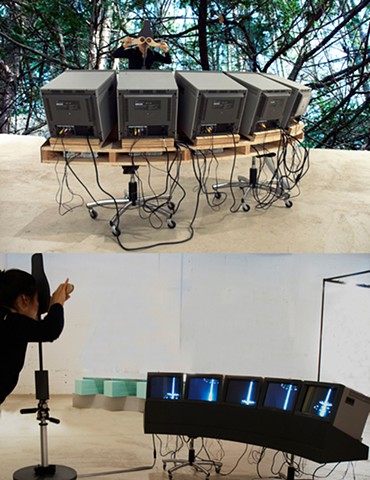 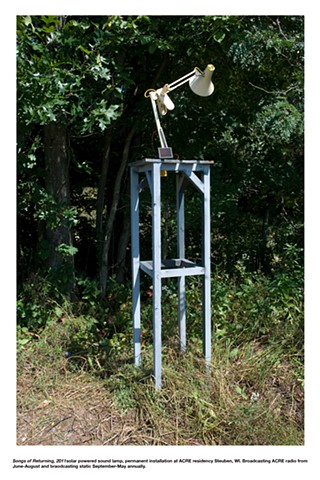 Observations from an Outpost is an ongoing project that incorporates an original text that was a collaboration with writer David Berthy. The text presents an abstract narrative of the character of the "observer of observations". The images and sculptures in this series are seen as arrangements from these everyday observations. Some of the sculptures have the element sound such as bells ringing, a dog barking or leaves crunching.

In the installation The Objects Stare Back, these and other sounds are projected through eight separate speakers in a type of sound garden that the viewer can move around. Other sculptures present more like a collection of memorabilia.

Observations from an Outpost (excerpt)

I am stationed at an outpost chiefly, I suspect, for the purpose of observation, but also to challenge myself mentally and physically. I have been here for ten years and will stay until further notice.

The landscape around the outpost is barren. Concrete, Rock, and the occasional tree.

Every observation begins the same way. First, I notice generalities, then, upon closer examination, patterns emerge

Documentation is of critical importance, as is focus. I attempt to focus on surface, to notice rather than compare. I attempt to stick to the task at hand